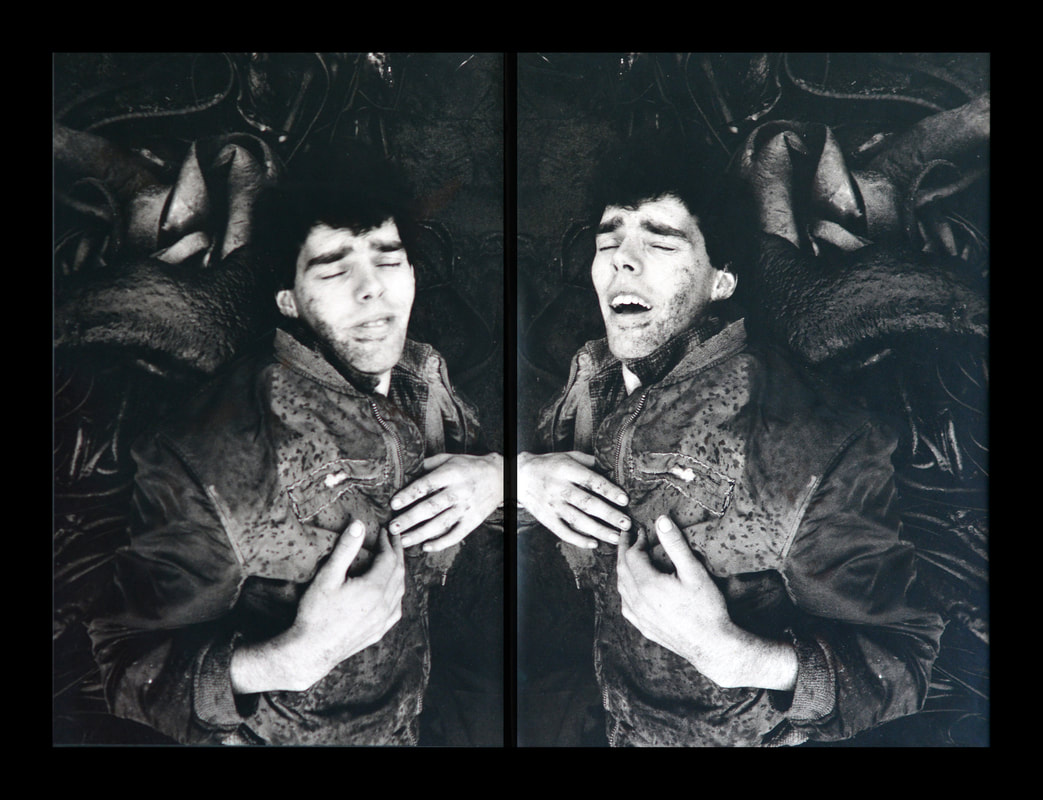 ​An anonymous Dunedin collector has provided Olga director Justin Spiers with two rare, early black-and-white photographs by one of New Zealand’s leading photographers: Fiona Pardington.  Pardington’s photographic series have included social documentary, and still life compositions of taonga including hei tiki, controversial museological taonga, artefacts and extinct birds. Pardington is known for her ability to animate subjects as if from the inside: they glow. Her subjects are generally shot against a pure black background.
The two works at Olga are original darkroom prints that diverge from the subsequent bodies of work that Pardington is generally associated with. They are related to the early social documentary work Pardington did as a student at Elam in Auckland, but fall into a category observed by arts writer and publisher Kriselle Baker in which the subject is directed by the photographer to express a certain psychological state.
In Patrick at Anawhata, artist Patrick Reynolds  is photographed lying on sand surrounded by kelp. The diptych captures Patrick in the throes of attenuated ecstasy with his eyes closed and his mouth open, looking like a (still) contemporary, alabaster pieta. Alongside another diptych by Pardington, Spiers has included a photograph of his own titled Enclosure that thematically references bodies and Pardington’s later museological focus. There is also a taxidermied swan.