Tomorrow Shall Be My Dancing Day 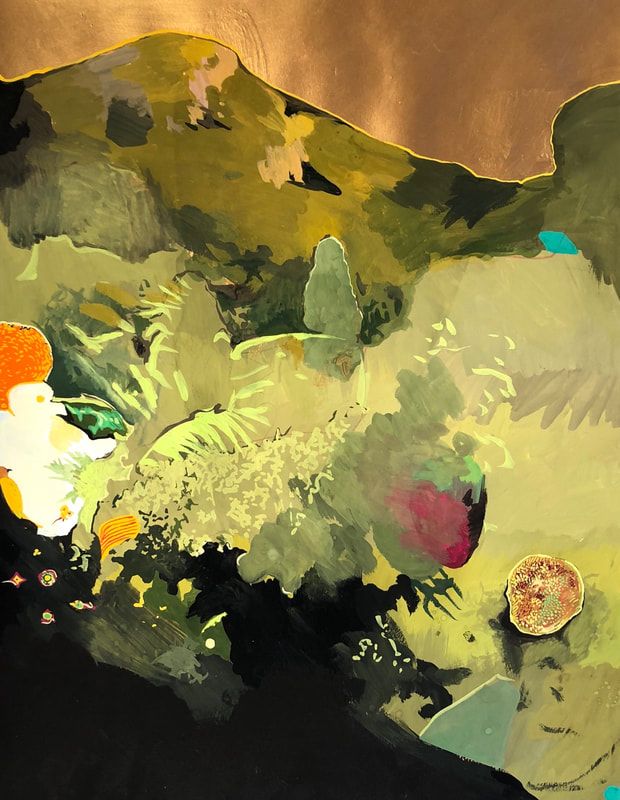 Henry Turner, Hill of Monkeys, gouache on paper, 430x315
‘‘Tomorrow Shall Be My Dancing Day’’ is the first solo exhibition of Christchurch artist Henry Turner in Dunedin. It comprises 10 small-scale gouache on panel works in a predominantly surrealist style. The first painting, Hill of Monkeys (2020), is, for the most part, an arcadian, pastoral scene with fruit-like forms in vibrant colours under a golden sky, although the darker tones at the bottom of the painting signal the apocalyptic themes to come. These are particularly evident in the last painting Wir Sind Uns Lang Verloren Gegangen, 2020 (which loosely translates to: we got lost long ago). All that was golden has turned most lost. A green-tinged moon, and flames coursing the crest of hills beyond the harbour, and erupting in the foreground illuminate an otherwise blackened world. Tree stumps with encircling snakes emphasise this end-of-times scene.
Until the world does erupt, Turner deploys bright yellow and gold respectively as backdrops for decorative compositions of seeds, blossoms, and plants. A small, white dog makes two appearances, as does the harbour and snakes, which both build towards the last painting. In Bitter’s End (2020), the snakes function as subject and border: their writhing intestinal forms confront the viewer with fangs bared in the centre, while a coiled snake-like form envelopes them.
- Robyn Maree Pickens Otago Daily Times, July 9 2020 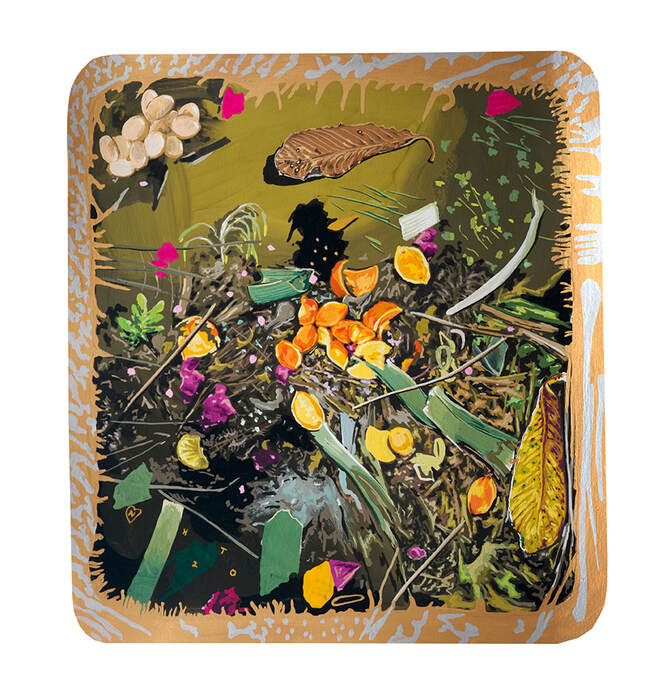