​“and feather falling”: a tribute to Marilynn Webb

Marilynn Lois Webb (1937-2021) was known as much for her own art as for her
generous support of younger artists. An acclaimed educator of European and Māori
((Te Roroa/Ngãpuhi) descent, Marilynn Webb was awarded a Doctor of Laws,
honoris causa in 2010 by the University of Otago in recognition for her services to art
and arts education,–201 and, in 2011, received a Ngā Tohu a Tā Kīngi Ihaka award
from Te Waka Toi for her contributions to ngā toi Māori (Māori arts).

This exhibition brings together a group of five hand-painted prints and one water
colour by Marilynn Webb from a private local collection, complemented by a large
atmospheric work on paper by Brendan Jon Philip and a photograph of the interior of
Marilyn Webb’s home, taken just before her death in 2021 by Adrienne Martyn.

The hand-painted prints feature two poems by New Zealand poet Cilla McQueen.
Among her many honours, she received the New Zealand Book Award for Poetry in 1983, 1989, and 1991, was awarded an HonoraryDoctorate in Literature by the University of Otago in 2008, and named New Zealand
Poet Laureate in 2009–2011. In a tribute to New Zealand poet Hone Tuwhare, published in 2008, McQueen wrote:
“Personal memories will burn like stars in the hearts of those who hold them.”
Marilynn Webb left behind a more tangible, if equally poignant legacy, in the art that
she made. These dynamic, yet sensitive prints testify to this legacy, documenting as
they do the history of Dunedin as, in Charles Brasch’s words,
“a nurse to the imagination.”
​

The exhibition runs to April 15

All works are available for purchase 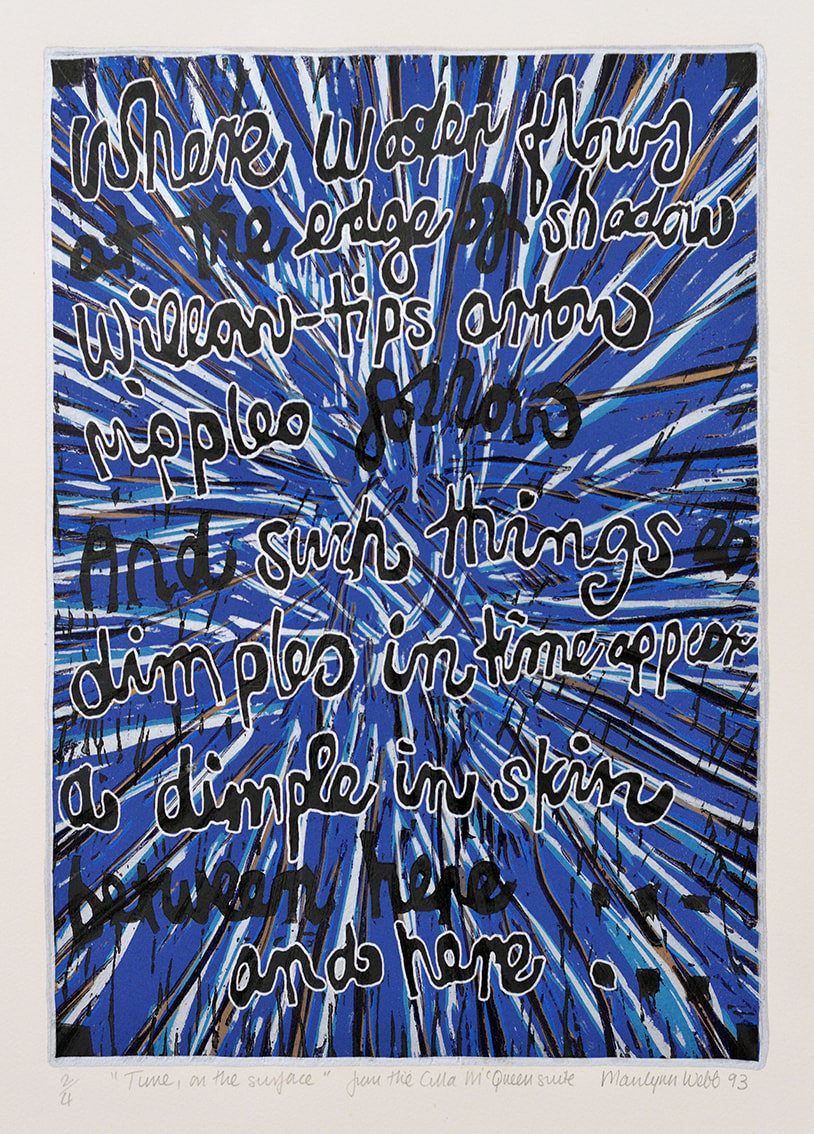 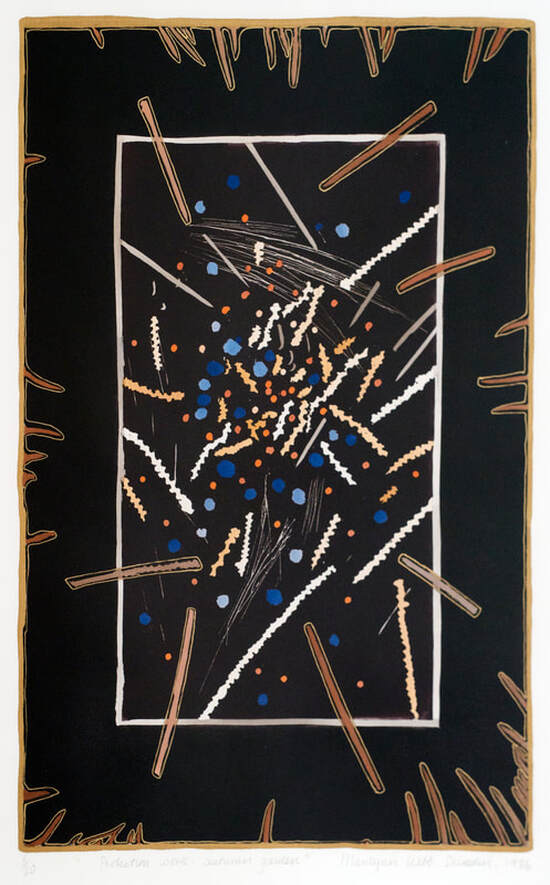 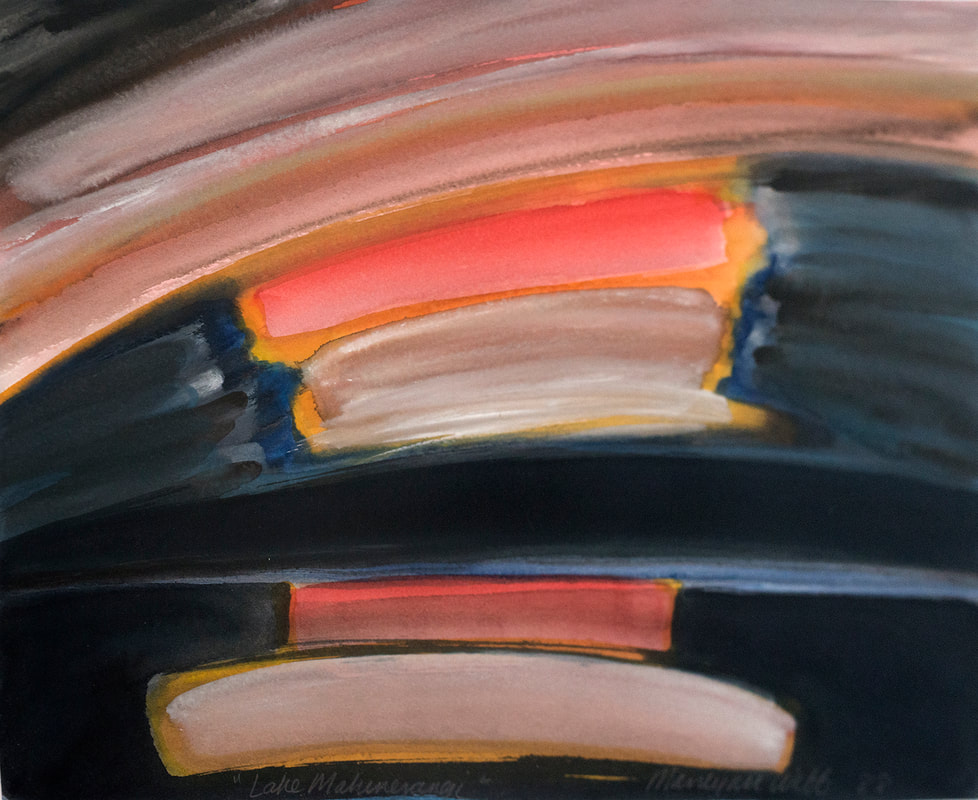 Marilynn Webb (Pakeha, Te Roroa, Ngapuhi), the esteemed artist and art educator died in 2021, and "a feather falling" is a considered tribute to her mahi (work). The exhibition features five hand-painted prints and a stunning watercolour. Exhibited amidst these artworks are two additional tributes: a photograph of an interior of Webb’s house by Adrienne Martyn, who exhibited at Olga earlier this year, and a large-scale work on paper by Brendan Jon Philip, whose exhibition will follow Webb’s. Where Martyn’s photograph serves to offer an aestheticised entry into Webb’s personal, domestic environment, the inclusion of Philip’s work could indicate Webb’s influence on the former, but in this presentation it clearly provides a transition between Webb’s watercolour (Mahinerangi, 1988), and her hand-painted, text-based prints. Despite the large scale of Philip’s work and its almost totally black surface, this work incorporates abstract forms that resonate with Mahinerangi and a line of text.
This small yet important exhibition of Webb’s work highlights her ability to treat text as objects or forms in-of-themselves. The four text-based prints animate two excerpts from two poems by Cilla McQueen: one in which the poet observes the flow of water and makes a comparison between ripples and dimples that yokes together water and skin, and in the second, the poet folds herself into hills by pulling the sky down with a feather. Webb accentuates certain words and phrases to toy with meaning. Webb and McQueen, the equal of Tuwhare and Hotere.