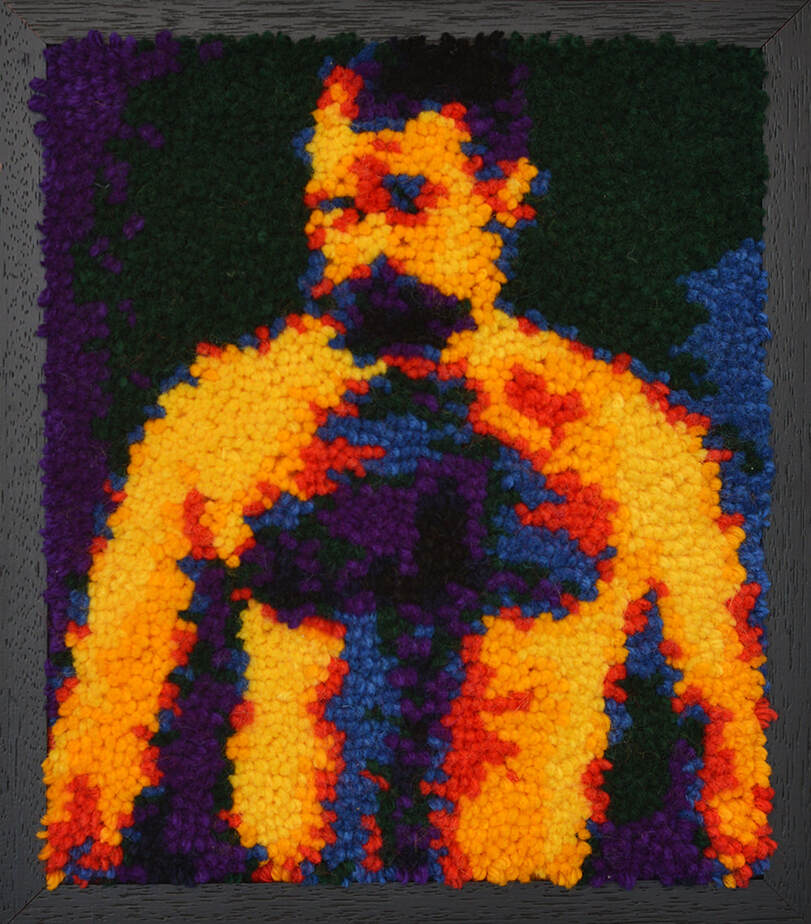 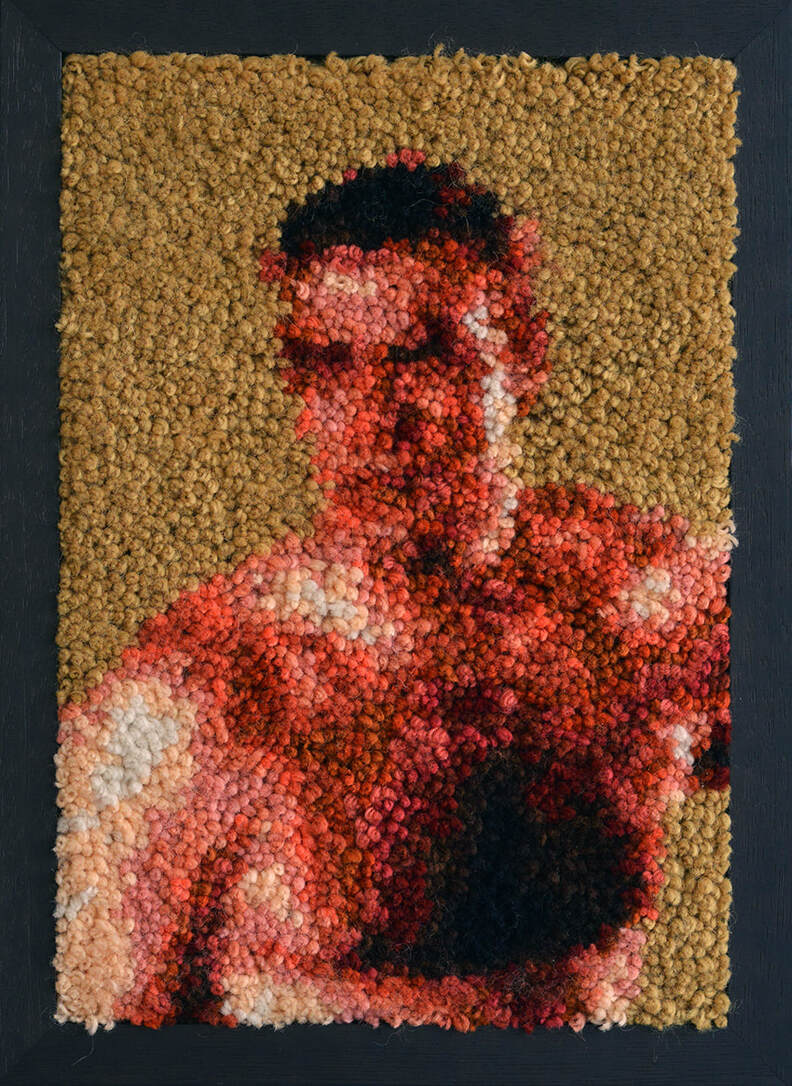 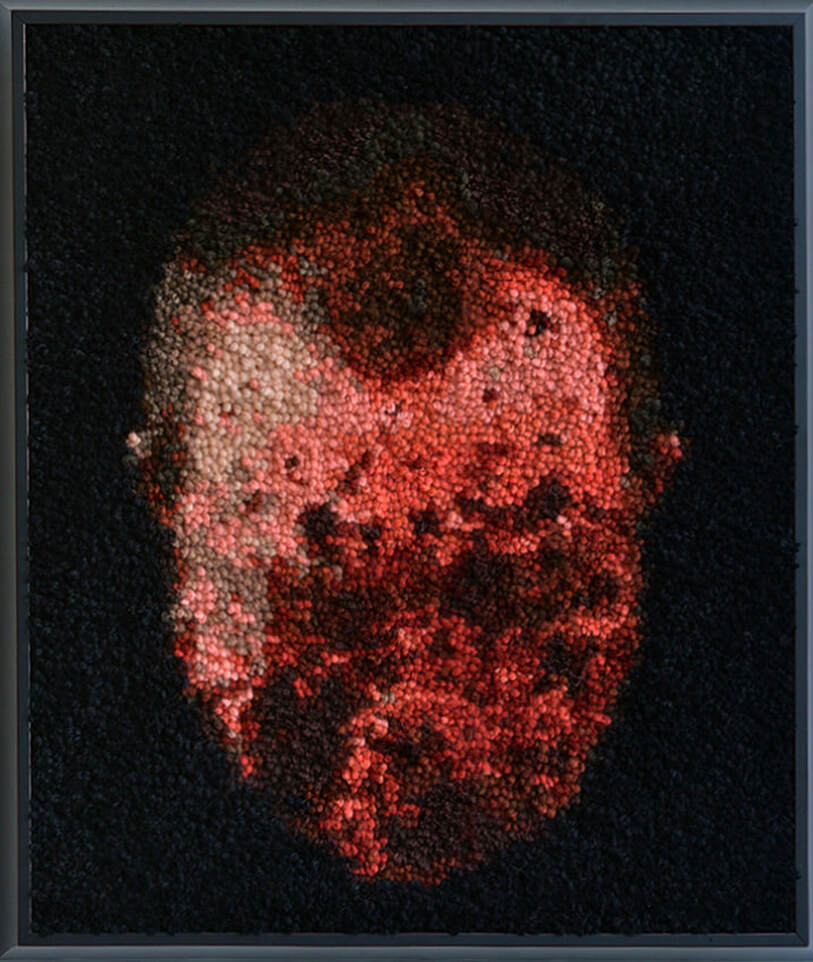 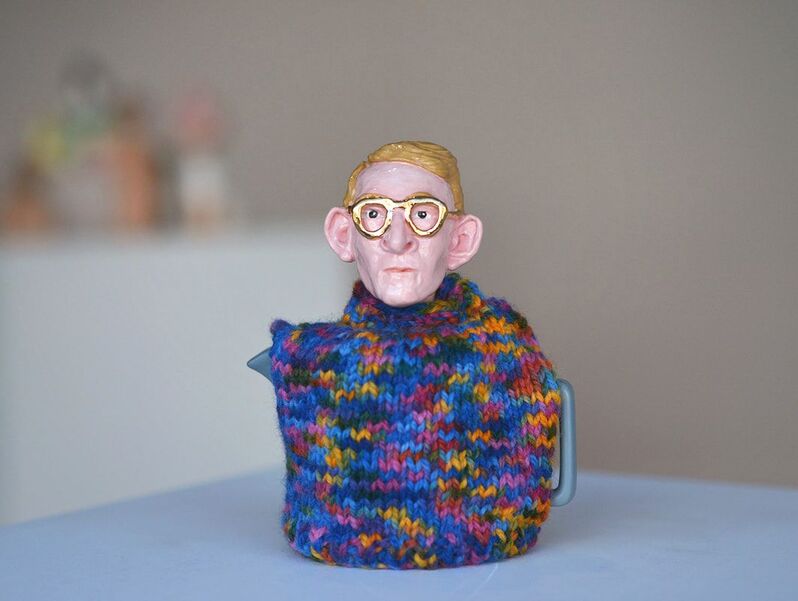 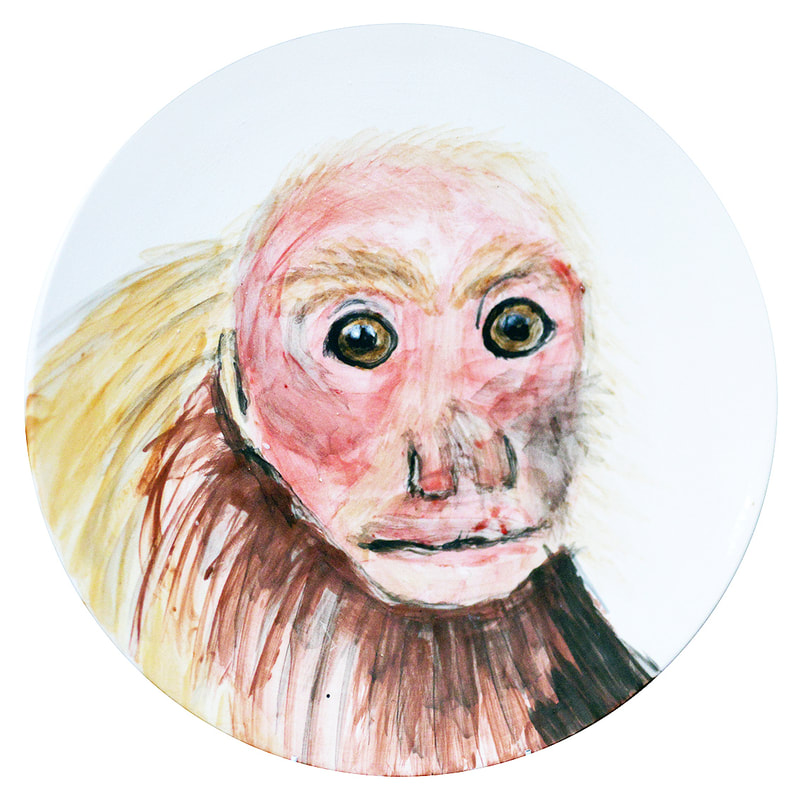 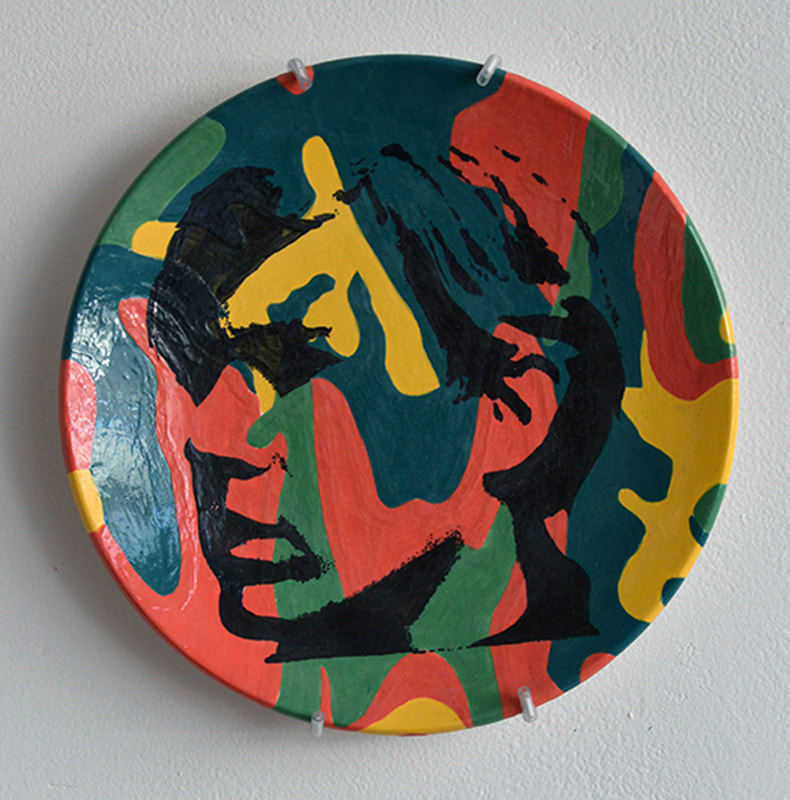 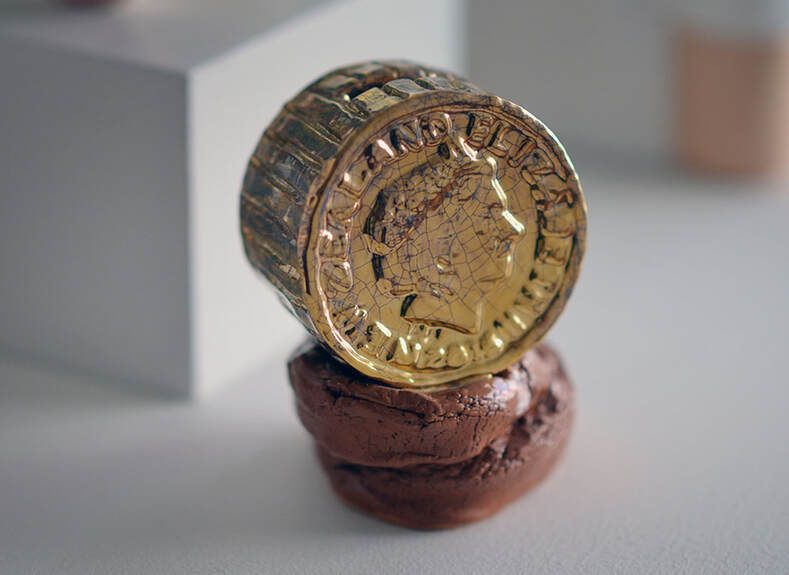 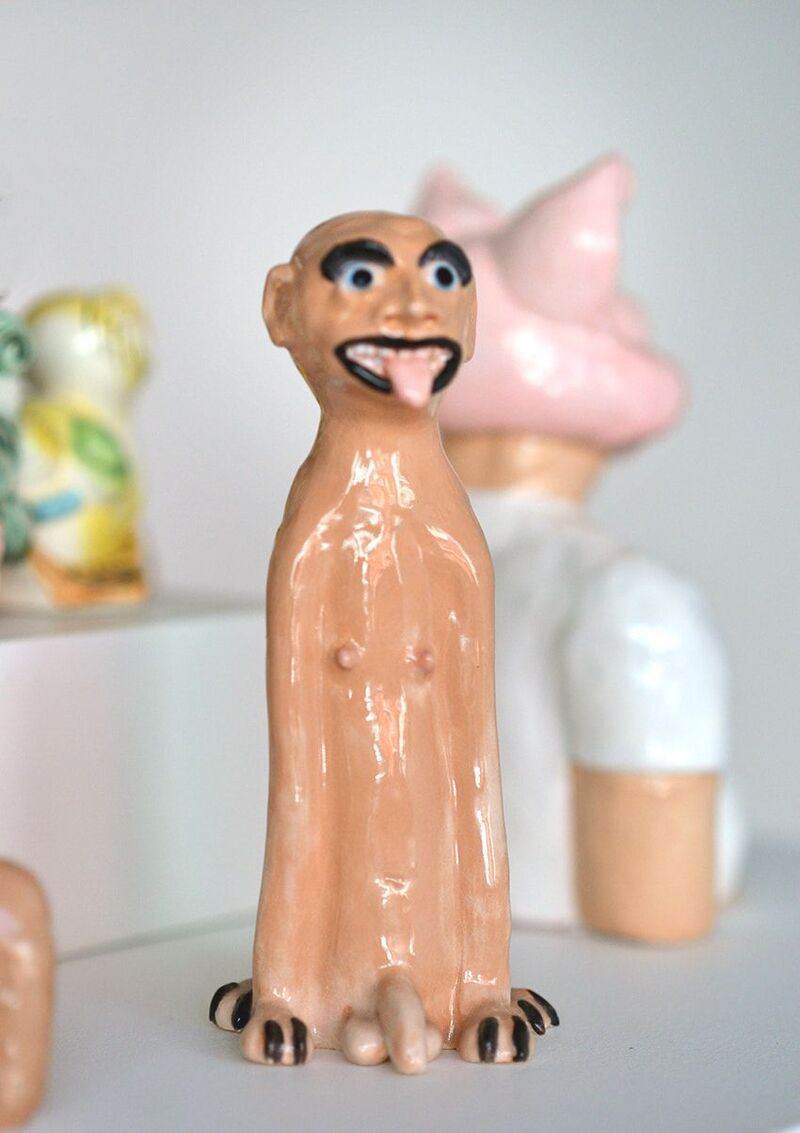 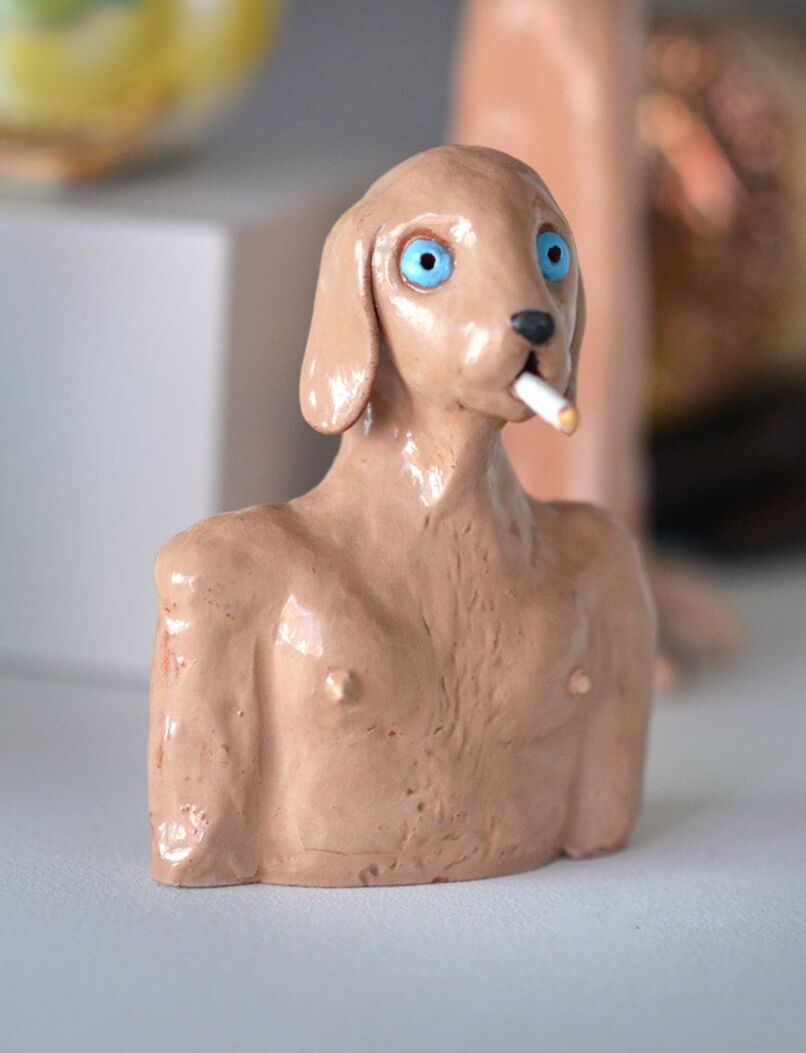 Mark Rayner,  Smoking Dog, ceramics, 2005
''Rayner Brothers Circus'', Mark and Paul Rayner (Olga)
​The Rayner Brothers, Mark and Paul, have plundered iconic images in a humorous and occasionally dark exhibition at Olga. The artist's ''low-brow high-art world'' consists of reappropriated kitsch decorations, ceramics, miniature hand-woven rugs, and photoshopped photographs, ranging in subject from Donald Duck to David Bain.
There is a wealth of inventiveness in the art, which includes the depiction of Jacinda Ardern as a religious icon with sacred heart through to money boxes designed as gold coins rising from a mound of excrement.
The subject matter and its treatment at times suggests a political narrative, but the sense is more one of reappropriation of cultural items for use in a humorous low-brow context, the substantial physical equivalent of internet memes.
Among the most attractive pieces on display are several ceramic plates, hand-painted with ''sick monkeys'' (by Mark) and a camouflage-pattern portrait of Andy Warhol (by Paul). Mark's impressive latch-hook rugs are also very pleasing.
From a local viewpoint, perhaps the most controversial items are two David Bain teapots, collaborative works by the brothers.
These depict the Dunedin cause celebre in ceramic form, each with a cosy reminiscent of his infamously patterned jerseys. As with Bain, this exhibition will find both supporters and detractors, but either way it is well worth a look.