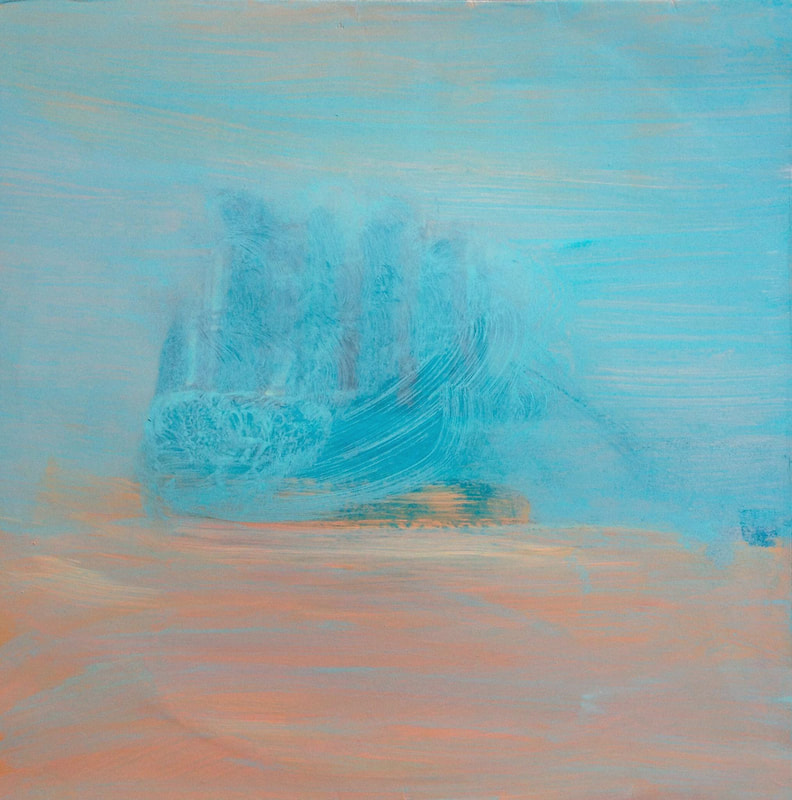 (Olga Gallery)
With the title ‘‘Aids for Black Magick’’, the visitor is invited to view the work of Nick Harte and Michael Morley through the lens of the occult. On first viewing, this is most apprehensible in three of Harte’s acrylic and solvent ‘‘black’’ paintings. This is not so much a result of the colour itself, but on the forms and colours intent on manifesting presence, such as a face emanating at the centre of an otherwise black ground (Il ne etrent que sa mort, 2020), as if it were crossing dimensions. In contrast to these black paintings, the palette of Morley’s watercolours is primarily one of soft pastel tones and is no less ‘‘occult’’, as the source of inspiration would appear to be Swedish painter Hilma af Klint (1862-1944), who was guided by theosophy and spiritism.
It is important to note that Harte and Morley are musicians (which many readers will know), as the 12-inch record — in both its morphology and physical object — are explicitly present in each artist’s work: Harte paints on record sleeves, while each of Morley’s watercolours replicates the absent centre of a record. Where Harte builds up a palimpsest of abstract forms on the material form of a record sleeve, Morley, with varying degrees of fidelity, replicates the calligraphy and iconography (logos) of various record companies, such as the lower case letter r of Reprise Records.