Year of the Head 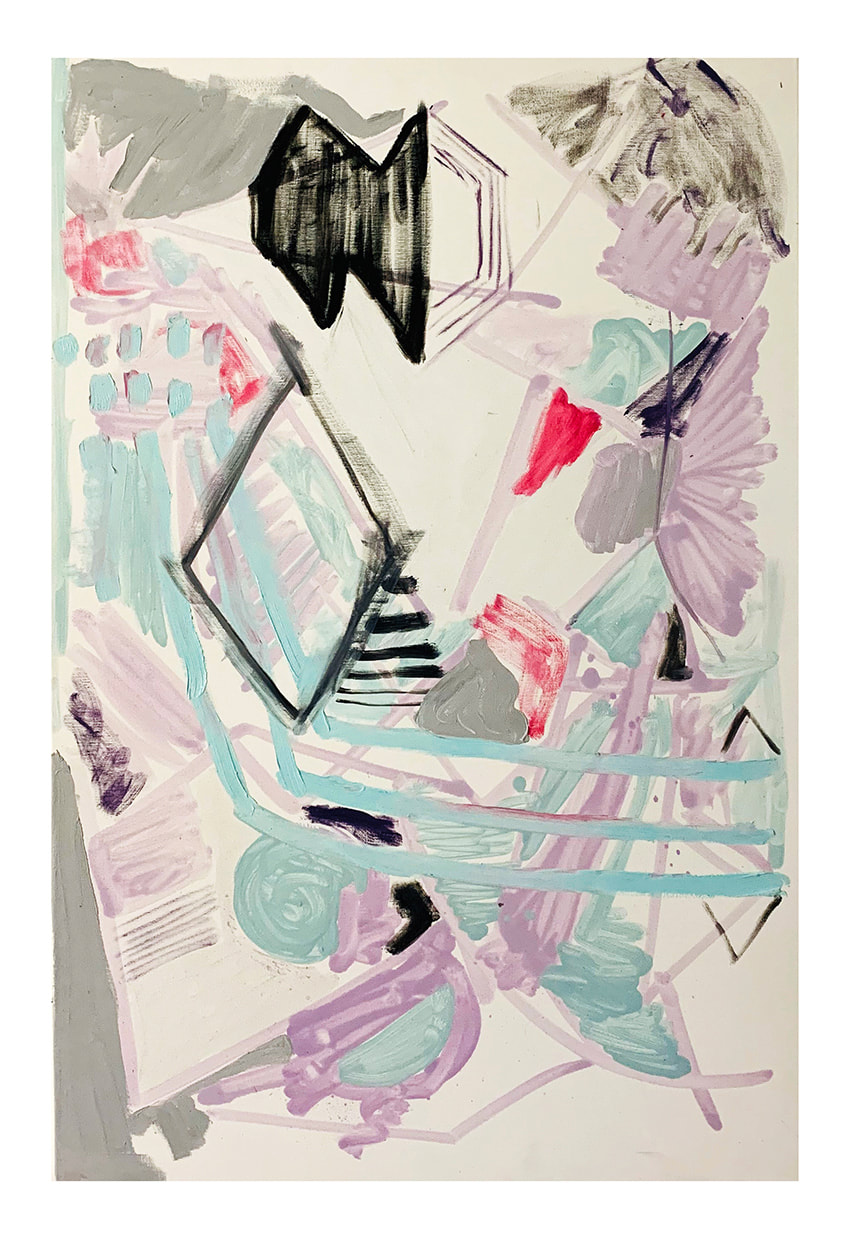 Stella Corkery, Guru Guru, oil on canvas, 910 x 610mm, 2019
Stella Corkery enters into painting through its various critical deaths, her practice critiques the negatives like too little paint and too much, flatness and droll technique. In this new group of work made especially for Year of the Head at Olga Gallery Stella has worked with a memory of times with musical friends when she lived and worked in Dunedin and Port Chalmers during the 1980’s. A first listen of a cassette tape of the post punk band UT then looking further back into the history of the musical note, where its initial written notation began as the word UT.