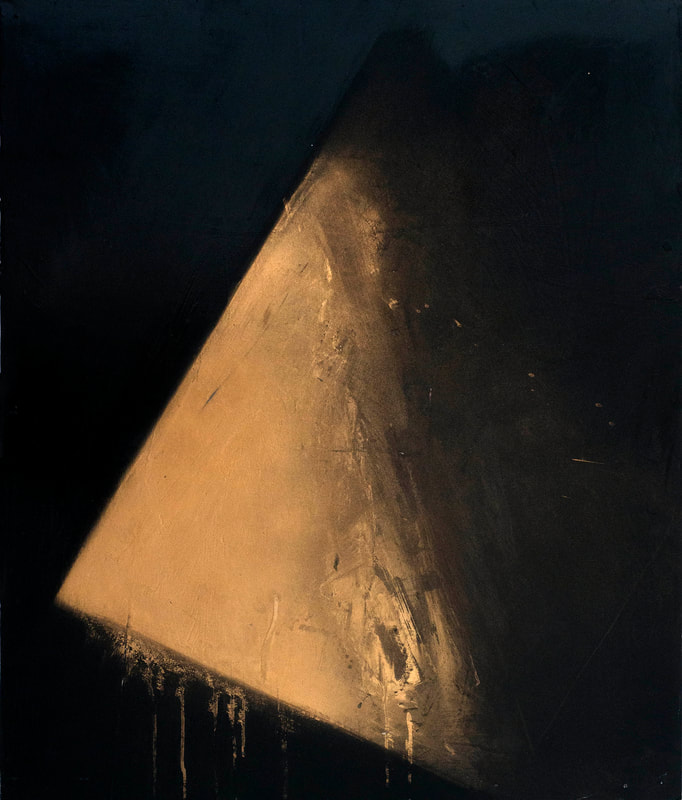 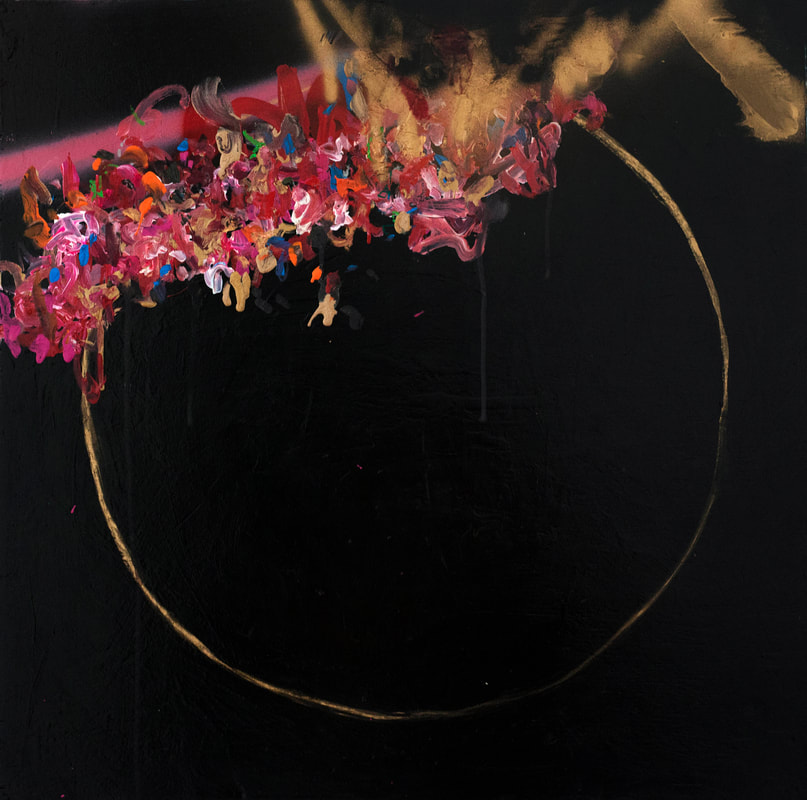 Brendan Jon Philip, 'The Roses of Heliogabalus ' mixed media on board, 2022 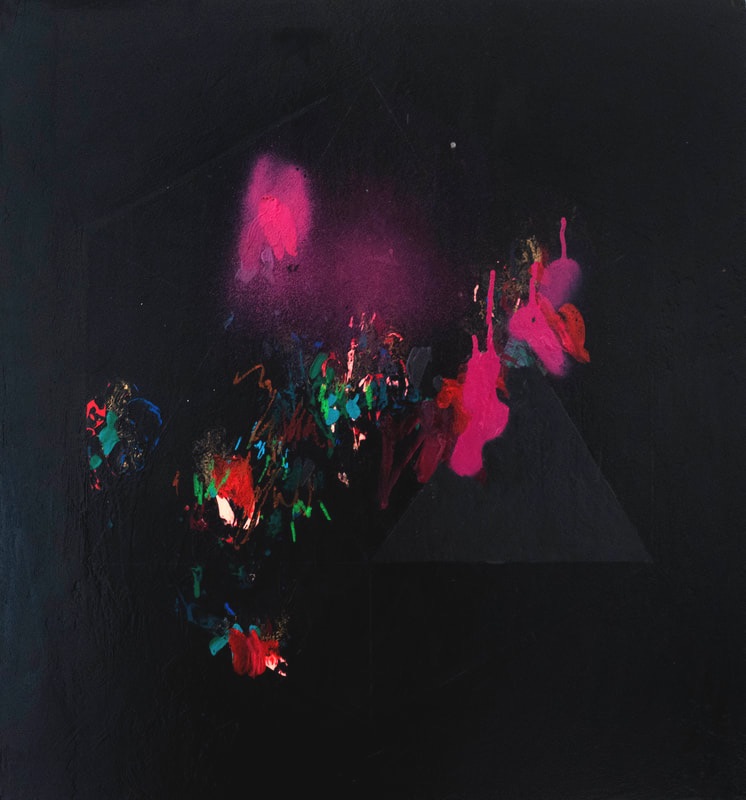 Brendan Jon Philip, 'The Walled Garden' mixed media on board, 2022 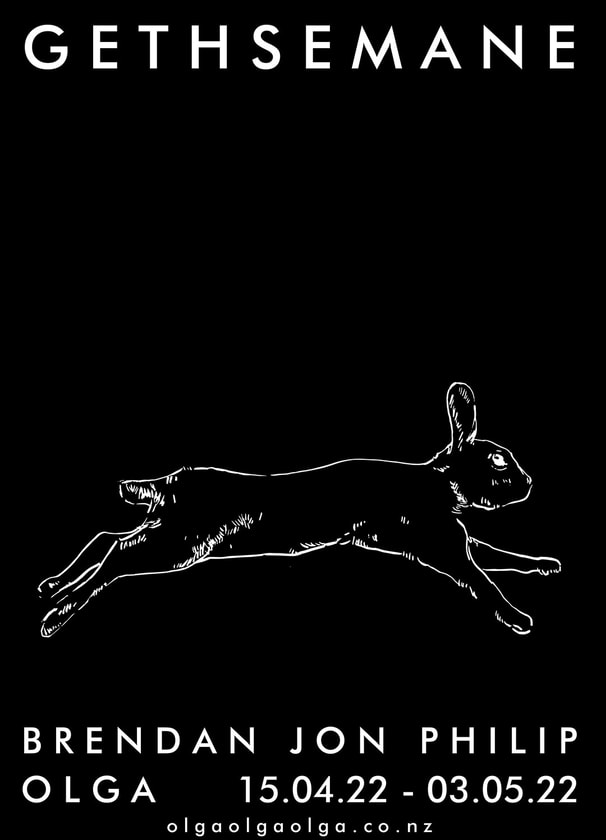 Taking cue from the shadow cast by myth and allegory across the twin narratives
of art history and esoteric traditions the painting of Brendan Jon Philip seeks to actively detourn
and reanimate symbol systems through a gloss of pseudo-mystical abstraction. ​
"Gethsemane", Brendan Jon Philip (Olga Gallery)
​
Hefty, sombre abstracts, these works float explosions of colour and drifting bronze and silver forms across seas of intense black canvas. The pieces occasionally approach representationalism, as in Grail, but for the most part there is a visceral abstract gesturality to the application of paint.
The paintings can be divided into two groups. The coloured pieces appear as outbursts of brilliant pinks and blues fighting against the blackness, flowers bursting forth in fiery blooms from a midnight garden. These works pulse with energy and uneasy dynamism.
In contrast, the metallic pieces have a quieter, zen-like quality. With the Broadest Shoulders is a heavy-laboured moonrise, and both Severity and Mercy present enigmatic angular forms looming out of the shadow. Two works, Roses of Heliogabalus Iand II, combine the bright colour and dim metal in a way that almost feels as if the colours are invading the serenity of the metallic scene. One larger work, Shall I Project a World? replaces the metallics with a sinister off-white, as if to drain the painting of its breath. The enigma of the works is enhanced further by titles which seem to hold an ungraspable key to any narrative within the paintings.