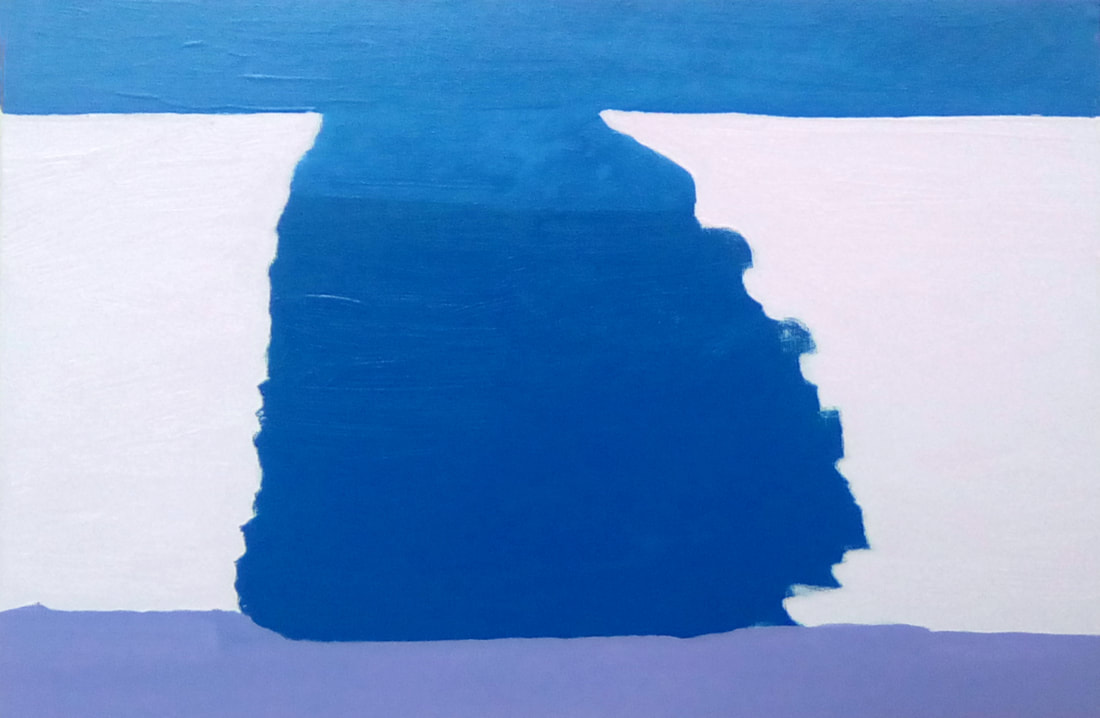 Considered by many to be first and foremost a sound artist, Michael Morley utilises varied media to explore the role of sound, colour, aesthetics and the nature of memory and perception. The etchings and paintings in I Remember Nothing have been produced in the last ten years and form part of Morley’s prismatic aural, experiential, and visual art practice. Discussing the role of the voice in his sound works, Morley stresses its instrumental rather than narrative role: “Vocals to me are another aspect of the soundscape. I am not particularly interested in telling stories so the vocal has to have another reason for being”. Likewise, Morley’s representational works 1 avoid straightforward narration, preferring to disrupt visual doxa and resist the “inherited protocol of art” . 2 The earliest works in the exhibition are a suite of aquatints which were created by Morley during his 2008 residency at the Centre National de l'Estampe et de l'Art Imprimé (Cneai) in Paris. They reference an earlier series of large turntable paintings that formed the basis for his exhibition Humiliation IQ, shown at the Blue Oyster and The Physics Room in 2003/4. Rather than elements of composition and form, it is sense of trapped sound that is most immediate when considering Morley’s prints. From the outset, the artist has chosen to accentuate the visual primacy of the medium through his choice of a heavy gessoed frame, instantly presenting the prints as “art objects”, accentuating the distance between their (silent) objecthood and that of the (silenced) object reproduced in black and white. Whereas Morley’s turntable paintings used scale to confront the viewer with their lack of noise, these prints are intimate and suggest a whispering embedded in paper. The graininess of the ink seems to be caught mid-vibration: a physical expression of unheard sound that nevertheless existed at one moment in time. The artist’s use of song titles for each print operates as a trigger for the viewer: recollection of the song collapses to some extent the distance between the visual and aural experiences of the object/action depicted. The visual noise is damped down in Morley’s prints, this is not the case in his paintings, where brash colour combinations and bold geometric shapes bump against one another. Morley’s heavy brushstrokes and clear, saturated colours give the paintings a visceral physicality; he does not hide the ways he applies paint to the surface but neither is the application a primary concern. Notions of painterliness or the materiality of the medium are subsumed beneath the actuality of paint on a canvas - the details of how it got there is of less importance than its presence.

The paintings possess a rawness that is uncomfortable. Morley’s intentions are presented without mediation and the viewer must react accordingly. The artist provides few clues for “reading” his paintings. Some titles seem tangentially linked to the works: Foreign Lawns (2018) hints at opposing headlands (shades of McCahon and Hotere in baby pink) and the emphatic blocks of colour in Who Makes the Nazis? might suggest an answer lying beneath their redactive forms. On the whole however, the viewer must draw upon their own knowledges, perception, recollections, and sensory memories to interpret each painting. This allows the continual presentation and re-presentation of context, creating a shifting re/cognitive map for each painting. This can be challenging for those used to prescriptive genres and predetermined stylistic structures. As with his sound works, Morley’s visual works are explorations rather than expositions. More important than finding meaning (or lack thereof) is the experiential journey taken to make this discovery. Michael Morley’s art practice might not provide a fixed destination but it does promise a thought-provoking ride.